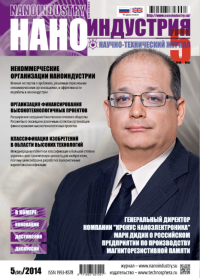 The study of the properties of industrial
nickel-kieselguhr catalyst in the conversion
of isopropyl alcohol in acetone showed
that the process is accompanied by the loosening of initial metal structure and the formation of nanoclusters of nickel. Catalytic properties of the nickel-kieselguhr catalyst are connected with change of morphology, phase, electronic, magnetic state and the nature of surface-active nickel clusters like homogeneous spinel.