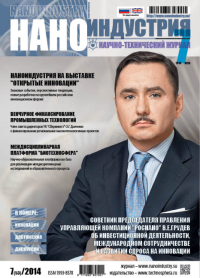 Function of absolute or global swarm optimization can be used to create profiles of test structures, trace etching or the signal is routed to the design of integrated circuits, and is fundamentally indistinguishable from them by algorithms trace topologies laboratories on a chip.

Issue #7/2014 A.Bolkhovitinov
Optimization of Topologies Tracing of Self-assembly of Chips and Development of Methods of Self-assembly of Lab-on-a-chip
Function of absolute or global swarm optimization can be used to create profiles of test structures, trace etching or the signal is routed to the design of integrated circuits, and is fundamentally indistinguishable from them by algorithms trace topologies laboratories on a chip.
Теги:   chip   self-assembly   topological design   tracing   самосборка   топологическое проектирование   трассировка   чип
In connection with the development of technologies for self-assembling of integrated circuits and similar structures [1-3], in particular, produced by epitaxial and lithographic methods [4,5], the implementation in practice of modeling and automatic topological tracing of the mathematical apparatus, which would take into account the phenomenon of self-organization of swarms of particles, leading to a self-assembly, is actual. The trend of self-organizing criticality in the system of multiple autonomous particles or agents, can be determined by methods of Particle Swarm Optimization (PSO) [6], which are applicable as well in case of the decentralized swarms of particles of low density [7]. Because of this, creation of the automatic topological tracers, that use PSO as a generator of morphological templates of topologies schemes, that arise at self-assembly, is possible. Because morphological and symmetrical characteristics are fundamental criterion of novelty of products of self-assembly [8,9], the ability of management of them would provide the introduction of new technology into mass production.

Implementation of optimal forms of self-assembly of integrated circuits would eliminate the antagonism between the fabless and found-less (silicon foundry) forms of organization of production in microelectronics, as the control of the forms of assembly would be carried out directly in the workshops, though would require that the engineering staff had qualifications at the same level as the designers-conceptualists of fabless model. On the other hand, the optimization method, which requires not formal and abstract approach, which, in particular, characterized the algorithms of Kuhn-Munkres, Levenberg–Marquardt, Broyden–Fletcher–Goldfarb–Shanno, Dantzig-Wolfe, Hooke-Jeeves, Gomory as well as many other popular and quite efficient optimization methods, but directly based on the mathematical physics of self-assembly process, that is on modeling of cooperative behavior of swarms of particles in the formation of coherent structures, obviously, has more heuristic and predictive value.

The author has previously proposed to use test functions and methods of swarm optimization to visualize the behavior of ferrofluid at instability in normally directed field [10,11]. Also, we have used test functions for assembly analysis of swarms of cells as particles in the biological formation (morphogenesis) [12]. These approaches can be applied in the analysis of the self-assembly of integrated circuits in conditions of the directing influence, choosing the optimal functions for the design of test structures. In this paper we propose an illustration of this approach, not associated with any particular electronic products, although previously we have conducted testing of test functions on various topologies of limited applicability [13].

Let&apos;s consider an example of using of Michalewicz function – the objective n-dimensional function with a number of global and one local minimums, which has the following form [14]:

For example, when n=10 the Michalewicz function looks as follows:

Visualization of Michalewicz function, easily achievable in such software packages as PaGMO, GEATbx for MATLAB Global Optimization Toolbox for MATLAB, illustrates a possible form of furrows and trajectories of tracing of flows in CAD-CAE-simulation and "automatic" self-assembly production. An example of this approach is shown in fig.1, where visualization of Michalewicz function are presented in the three-dimensional form, and their projections to the plane (isolines or horizontals in terms of topography) are a contour representation of the topology of the grooves. Such hybrid structures can be used to create the cross-film cryotrons and microfluidic chemotronic systems on a chip, which is often produced with the use of microelectronic technology (such as microlithography and PVD), similarly to integrated circuits [15,16].

By changing the objective function it is possible to choose a optimization template for virtually any morphometric task and electronic microfabrication [17]. Due to the limited size of the article full examples are given for a sufficiently small number of graphic visualizations, however, it is clear that the applicability of test functions for global optimization and of swarm optimization method to describe self-organizing structures on the chip is not limited to the Michalewicz function. Using the step function and step-by-step piecewise fractional algorithm, you can build a gradient on isolines (equipotential lines) cascades of furrows in any geometric orientation. An example of such structure is visualized on fig.2a using Particle Swarm Optimization V.1.0 software (University of Tokyo, IBA Laboratory).

More complex modelling of the electronic microfabrication of matrix and array/mesh structures requires the use of such models, as a Shekel&apos;s Foxholes, described for the first time in 1971 in the report "Test Functions for Multimodal Search Techniques" at the Fifth Annual Princeton Conference on Information Science and Systems:

where n is the number of dimensions and m is the maximum. Examples of visualization of Shekel&apos;s Foxholes in the modelling of industrial microstructures, that can be obtained by the methods of optimization of self-assembly, shown in fig.2b-2d.

Also for similar purposes it is advisable to apply a De Jong function [18] with use of annealed imitation by search of a minimum:

TThe value of k for such visualizations can be quite small (e.g., k=0.002), and d is an integer and relatively large (for example, d=25) at a, given in the form of compiled mostly from the proportional values matrix of the following form:

This two-dimensional multimodal function, by definition, is represented in the form of droplets on the surface, allowing you to use it to visualize the results of "wet" process associated with self-assembly of integrated circuits and manufacturing of soft [19,20] or wet [21-23] electronics and optoelectronics [24]. The simulation results using De Jong function shown in fig.2e-2f.

Comparability of theoretical and experimental results can be demonstrated using open data of electronic microfabrication available in the network. Thus, visualization of atomic force micrographic registrations of microchip grooves without postprocessing (smoothing) shows an inhomogeneous discrete microstructure (fig.3), consistent with the model of the grooves on the basis of the step function (fig.2a), and wetting controlled lithographic patterns (fig.4) is well approximated by inversed De Jong and Shekel functions (fig.2b-2f). Inversion means that calculations are based on finding the maximum, not minimum, in contrast to the usual interpretation of the optimization using these functions.

"Regularized" inverted Michalewicz function can also be useful for the approximation of templates in modeling and automatic tracing of the electronic components, the formation of the topology of chips. The inverted visualization of Michalewicz function (fig.5), shows that it refers as "a matrix with a punch" with chosen by computing optimal morphological configuration of FinFET 22-nanometer three-dimensional ternary-logic transistor, which could be applied in the ternary memory cells, ternary triggers and ternary computers of the future. Thus, it is possible to design modern chips without references to the direct self-assembly, which, in particular, can be used in reverse engineering to determine the most optimal schemes based on the selection of test functions for global optimization.

We have considered only the simplest and most common features of similarity and morphometric approximation, however, the list can and should be extended in order to develop self-organizing micro- and nanoelectronics, as a standard solid-state and its soft- and wet-modifications [26,27].


The author thanks the colleagues from Semenov Institute of Chemical Physics and Institute for Energy Problems of Chemical Physics RAS for productive discussions, initiated the appearance of this article. Thanks are also to O.Gradov involved in the project in 2010-2011, [13], literary and conceptual corrected this text, but refused to co-authorship due to some technical disagreements.
Nanoindustry. Issue #7/2014
Readers feedback
Leave a feedback