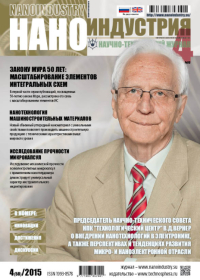 Some of the problems associated with low patent protection of Russian production, was considered earlier. Let’s discuss them in more detail, given the political realities of today.

Issue #4/2015 D.Sokolov
Patenting of inventions in Russia: the main problems and their solutions
Some of the problems associated with low patent protection of Russian production, was considered earlier. Let’s discuss them in more detail, given the political realities of today.
Теги:   intellectual property protection   patenting   защита интеллектуальной собственности   патентование
Of course, the process of IP management is important and needs to be improved. However, in our case, the existing patent strategy can unfortunately be formulated as "the management of something that does not exist".

Here are two indicative examples of a good state policy. In 1960-70s, Japan implemented a state program of invention mass education: they organized inventor clubs and any minor improvements were patented. Of course, the Japanese inventions were mostly funny at the time, but the principle of the quantity-to-quality transformation has worked. In my opinion, the Japanese patents are currently the most powerful both technically and legally. This policy in the field of patenting, among others, had made Japan the leader of the world.

China is in transition from the motto "Made in China" to the motto "Invented in China". Implementing this program, the country is ahead of any international forecasts, and in 2011, it ranked first in the world for the number of applications for patenting inventions (526.4 thousand). In 2013, this figure reached 830 thousand. At present, China boasts the world’s highest growth rate in obtaining patents. Not all Chinese patents are of a high level, but given the Chinese mentality and rich inventive traditions, we can predict that, in 5 years’ time, China will take first place in the world by all the parameters of intellectual property protection. Both in the Japanese and Chinese programs, the keyword is "invention". It is natural because the most important place in the chain from idea to patent, in its application and benefits, should be held by the inventor. The strategy of invention in our country must be based primarily on the training systems considering innovation and patenting as one seamless process. The speeches pronounced at high tribunes calling us to stop copying other people’s inventions remain just mere sounds. If you do not teach people how to read and count, they will never learn it on their own. The same thing is about teaching people how to invent and have their inventions patented. With the sharp reduction in the publication of practical literature on patenting, it is hard to expect an increase in the quantity and quality of inventions, and our technological backwardness world will only worsen compared to the whole.

To resolve the described issues, the program in the field of intellectual property protection should include the following measures:

Providing additional training courses for instructors of professional disciplines in vocational departments in the field of modern techniques on creation and protection of IP.

Publication of tutorials on invention and patenting adapted to the areas of special disciplines in the field of gas and oil, energy, communication, space, aircraft, and nanotechnology. These tutorials can be created using the literature [4–10] and training materials used by MIPT for IP protection students (2011–2013).

The Academy of Technological Sciences of Russia and the Prokhorov Academy of Engineering Sciences must create centers for mobile and stationary patent services for enterprises and for retraining employees of the patent departments on the latest patent examination requirements. It is advisable to use the experience of the classes delivered in the R&D Bureau "Molniya". The literature referenced in [11-15] may be used as study materials.

The proposed program is unique due to in the fact that the processes of invention and patenting are viewed there as a single cycle of creation and protection of IP. The realization of this program showed the following results in many of these organizations:

effective solution of inventive problems in the field of high technologies at the initial stages of research;

creation of a multi-claim umbrella-type patent based on one distinctive feature within a one-day master class;

cutting the time required to process patent applications by more than twice;

achieving the number of positive decisions on 95% of filed applications;

fitting multifunctional complexes into an umbrella-type both concealing and misleading patent;

obtaining patents for complexes comprised of only known components;

creation of patent services from research and production staff at enterprises;

simple resolution of inventive problems by a unexperienced group of trainees during a two-hour brainstorming exercise;

training inventors, who have no background in the field of intellectual property protection, on designing applications during a two-day master class. ■
Nanoindustry. Issue #4/2015
Readers feedback
Leave a feedback