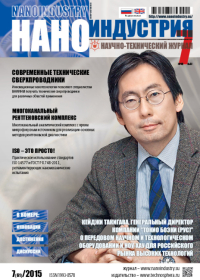 Issue #7/2015 E.Molva
Organization of breakthrough research: the experience of CEA
CEA is the French development institution and one of the largest European research organizations, which traces its history from the French Alternative Energies and Atomic Energy Commission (Commissariat а l'йnergie atomique et aux йnergies alternatives), established in October 1945 by General de Gaulle. Currently CEA includes five divisions: Defense, Nuclear, Technological Research (CEA-TECH), Physical Sciences, Life Sciences. In addition, six cross-division programs are implemented: Nanoscience, Toxicology, Advanced Materials, Health Technologies, New Technologies for Energy, Global Security. In 2014, the CEA budget amounted to 4.4 billion euros and the number of employees exceeded 16 thousand people. The organization consists of 10 major research centers and actively cooperates with educational institutions within the framework of more than 50 agreements. About the projects in the field of nanotechnology said the Director of the Nanoscience program Engin Molva.
Mr Molva, what are the goals and objectives of the Nanoscience program?

This program brings together the resources of various divisions of the CEA to develop new materials, devices and applications, measurement technologies and simulation methods for energy, electronics, life science and other areas. Our program involved about 2,000 people. We cooperate with leading French research centers, in particular, with the Institut Laue-Langevin (ILL), the European Molecular Biology Laboratory (EMBL), SOLEIL Synchrotron, European Synchrotron Radiation Facility (ESRF), the France Genomique. The result of successful applied researches is the transfer of the developed technologies.

What is the role of CEA in the European programmes for research and technological development?

Our organization is among the most active participants of the Framework Programmes for Research and Technological Development created by the European Union. In particular, in the framework of FP7 it has been implemented 760 projects and received 60 grants from the European Research Council and 25 grants of NPM (New production processes and devices) program. In the framework of the Horizon 2020 were accepted 125 projects, including 19 in the field of nanotechnology ("Leadership in enabling and industrial technologies" program). The success rate of about 25% can be considered as a very good result.

What areas of nanotechnology do you consider as most promising?

As I have already noted, studies are performed in various fields, for example, in electronics, where the dimensions of the functional elements has shifted from the micro- to the nanoscale, in photovoltaics, where the use of nanotechnology allows to increase the efficiency of conversion of solar energy, in medicine and pharmacology, where nanoparticles help to create new medicines that provide targeted delivery of active components. At the EuroNanoForum 2015 we also presented the Toxicology program, which is closely related to the problems of nanotechnology development. It includes projects, for example, for detecting the concentration of nanoparticles in the environment, evaluating physiological barriers crossed by nanoparticles, the study of the interaction between nanoparticles and proteins.


What are the sources of funding for the projects?

Firstly, CEA is funded by the government of France, the second source are contracts for R&Ds for commercial companies, thirdly, we win grants from European and national institutions. The filling of the budget depends on the kind of the research, for example, basic researches, as a rule, are mostly funded by the state, and the technological developments – by commercial contracts.

Do you cooperate with Russian companies?

We cooperate with Crocus Technology, which has offices in Grenoble and Rousset, as well as a subsidiary in Moscow – Crocus Nanoelectronics. Magnetic Logic Unit (MLU) architecture developed by Crocus Technology is based on researches in the field of spintronics, which were performed in Grenoble with the participation of CEA. I think that this is a very promising project. We are open for cooperation with industrial companies and research organizations from Russia and other countries, as well as provide young scientists opportunities to implement their ideas.
Nanoindustry. Issue #7/2015
Readers feedback
Leave a feedback