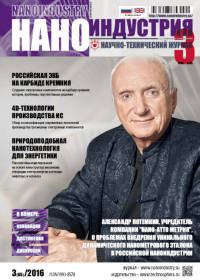 The analysis of opportunities of modern 3D MID technologies (Three Dimensional Molded Interconnected Devices) for production of three-dimensional electronic devices (TEU) is done. The main comparative characteristics, merits and demerits of these technologies are defined. New classification of 3D MID technology for sampling of structures and the nomenclature of the materials are proposed.

Issue #3/2016 A.Kondrashin, A.Lyamin, V.Sleptsov
4D-technologies for production of three-dimensional integrated circuits
The analysis of opportunities of modern 3D MID technologies (Three Dimensional Molded Interconnected Devices) for production of three-dimensional electronic devices (TEU) is done. The main comparative characteristics, merits and demerits of these technologies are defined. New classification of 3D MID technology for sampling of structures and the nomenclature of the materials are proposed.
Теги:   3d mid technologies   3d mid-технологии   4d objects   4d обьекты   quasi 4d   teu   квази 4d   тэу
At the present stage of microminiaturization of electronic devices there is an urgent need to use any "free" surface of the product of electronic technology not only as a passive structural element but also as a material with certain functions (applying the electrode pads, conductors, installation of active elements, etc.), that is as the substrate for the 3D printed circuit board – a three-dimensional electronic devices (TEU).

Traditionally, there are two types of complex three-dimensional objects in the production of TEU:

•quasi-three-dimensional shapes created from individual 2D modules based on rigid or flexible substrates with use of screen printing, hot stamping, thermal transfer etc. [1];
•rigid three-dimensional (3D) shapes that are divided into two kinds: created on the basis of rigid substrates with use of traditional industrial methods (casting, stamping) and formed layer by layer using 3D printers [2–6].
All of these types of traditional 2D (quasi-3D) and the 3D technology for creation of three-dimensional electronic devices (table.1) have the general disadvantage, which is the inability to obtain multilayer complex 3D objects with use of all faces, edges and walls as functional elements. In this regard, technologies of creation of 4D TEU, which allows to "grow" functional multilayer structures in the process of forming of parts, are developed. Layers or ranges of switching and microelectronic elements can be placed outside and inside of any "free" volume of these parts. The existing technological capabilities do not allow to produce the original 4D TEU in a single production cycle.

The first step in the development of technologies for production of a full-fledged 4D TEU was the creation of a quasi 4D-objects. Corresponding group of technologies is called 3D-MID (Molded Interconnected Devices) or technologies for the manufacture of 3D IC on molded base [8–10]. Since there is no strict classification of 3D MID, from our point of view, it is reasonable to arrange these technologies in order of the discretization of the structures (table.2):

From our point of view, it is necessary to separate the concepts of functional and accessory materials when considering the 3D MID-technologies. If the first is the primary material of the structural element, then the accessory one is not included in the functional material, but may participate in its shaping, fabrication or operation.

The injection moulding with pre-shaped embedded parts is one of the most commonly used casting techniques (or moulding technologies). It includes several types of technologies [11–13]:

Traditionally, the main idea of the insert molding is the production of multilayer multicomponent parts with fusion in the standard mold of two coctolabile bases with a layer between them (Fig.2a). Technically this operation is similar to the process of double-sided lamination of documents. Almost any materials – metal plates, various polymers, rigid or flexible composites, etc. – can be used as the intermediate layer. Thermoplastics that have different optical, electrical, mechanical and other characteristics, or completely different materials are used as bases.

Insert molding allows the finishing fusion of thin packages-bases (panels), using as standard structural insert the flat functional module (Fig.2b) with the switching system or the assembly, consisting of three-dimensional switching system and different components (conductors, resistors, capacitors, LEDs, etc.), for example, on the basis of the flexible printed circuit board (Fig.3).

The advantages of insert molding:

•low cost of equipment;
•the shortest production cycle per unit of production;
•use of enclosures as a substrate (circuit board) for the TEU;
•ability to use structural and functional modules as an insert.
Disadvantages of insert molding:

•limited range of materials;
•the inability to change the configuration of the TEU in the manufacturing process (use of finished insert);
•restrictions of the configuration for the non-thermoplastic bases (preparation of vias, large alignment errors for separate parts, etc.);
•ability to produce TEU only for the millimeter range using ready modules. ■

To be continued in the next issue
Nanoindustry. Issue #3/2016
Readers feedback
Leave a feedback