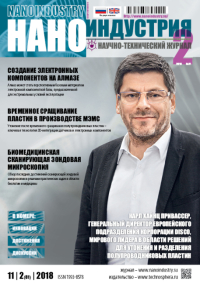 Recently, special attention of scientists is attracted to graphite oxide, a non-stoichiometric compound consisting of partially oxidized layers of graphite, between which water molecules are intercalated [1]. Using it, graphene oxide and reduced graphene oxide are obtained, a material similar in properties to graphene [2, 3]. Graphite and graphene oxides are considered promising materials for use in energy storage devices, catalysts, sensors, and water purification systems [4–7]. Although for the first time graphite oxide was obtained by Benjamin Brodie in 1859, so far its complex structure has been the subject of active research [8]. Understanding the mechanisms of formation of graphite oxide is a prerequisite for obtaining a material with controlled properties. In this paper, we investigated the effect of graphite microstructure on the process of its oxidation using the Hummers’ method [9]. Two types of graphite were used: highly oriented pyrolytic graphite (HOPG) and highly annealed pyrolythic graphite (HAPG). HAPG differs from HOPG by a more perfect structure and a smaller content of defects on the surface, including the cleavage steps. On the surface of the graphite an oxidizing mixture was applied consisting of concentrated sulfuric acid, potassium permanganate and sodium nitrate. After 30 min of exposure, the mixture was washed off with water, then the surface of the samples was washed with hydrogen peroxide (3%) and again with water. Samples were dried in air.
The surface microstructure was studied by atomic force microscopy (AFM) using the FemtoScan scanning probe microscope (Advanced Technologies Center). The images were processed and analyzed using the FemtoScan Online software [10].
Typical AFM images of HOPG and HAPG surfaces before and after oxidation are shown in Fig.1. On the surface of the HOPG after oxidation, large steps with a height of more than 1 nm are visible. The surface is covered with the residues of the upper destroyed layers of graphite, among which one can distinguish islands of graphite planes with dimensions of 10–30 nm and, presumably, amorphized graphite between them. In some places, cracks appeared on the surface (for example, in the middle part of Fig.1c on the right).
A fundamentally different morphology of the surface is observed on the sample of HAPG. In particular, blisters with a diameter from 14 to 1430 nm and a height of 0.5–187 nm were found on it. In this case, surface oxidation did not occur, which is confirmed by Raman spectroscopy [11].
Under the influence of the oxidizing mixture, two processes occur: intercalation with sulfuric acid and oxidation of graphite. The first process proceeds quickly [8], it is likely that it is sufficient for it to wet the surface with an oxidizing mixture. We assume that in the case of HAPG, graphite was only intercalated with sulfuric acid, and in its further processing, water penetrated into the interlayer space, forming blisters.
Thus, the microstructure of the precursor graphite has a significant influence on the processes of intercalation and oxidation of graphite layers, which should be taken into account when choosing the synthesis conditions for graphite oxide. ■